Last week we had the annual meeting of the St Paul's Marthoma Yuvajana Sakhyam. It was held after the followed by Church General Body on Sunday. We started with Song and Prayer.

Nia read from Romans the Bible reading. Later on Jerry, Ruby and Jenzo sang a nice song as part of the meeting.

The annual meeting was followed by a farewell meeting for our beloved Achen and Kochamma. The felicitation was given by Rejichan, Biju, Deepti and Christo. Other Office Bearers of the church Gigichan, Sennichan and Binodhachan also participated in our meeting. 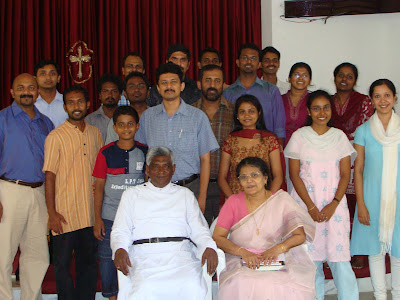