The 116th Maramon convention commences on Feb 13th, 2011. It is the 175th ¬year of reformation as well. Being youths, it is high time that we look back at the history of Maramon convention, the way convention was conducted in the beginning and is held now, and the social responsibilities involved. It is the largest annual Christian Evangelistic Convention in the World and is conducted annually since 1895 on the banks of the river Pampa, near Kozhenchery, in the month of February every year on the sand bed stretches of Pamba River below the Kozhenchery Bridge.

Maramon convention is never a stage for sound and fury. Instead, it is a place where everyone comes and enjoys the silent river, sits at the nature’s sand bed, and above all takes into heart God’s words. Noteworthy is the fact that people do all these with utmost discipline, unity, and love, which has almost become an inviolable tradition. Not only do Marthomites take part in this holy experience, but people of other religions also partake. The highlight of Maramon convention is that the teachings and speeches are not based on any particular church rituals, but are rather deeply rooted only in the words of God. Another aspect to be noted is that people flow to the convention Panthal (tent) neither being tempted by any advertisements nor expecting any miracle. They come on their on free will and leave with a spirited heart. Almost all the other Christian conventions sprouted from Maramon convention. Therefore, it is not wrong to say that Maramon convention is the precursor of all such conventions. 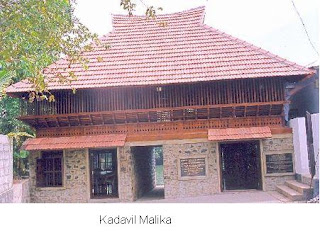 By 1900, Methran Kakshi adopted the name Malankara Marthoma Suriyani Sabha also known as the Mar Thoma Church.
Beginning
By 1894, a number of small prayer groups were formed in the Methran Kakshi, and this was followed by a big revival. They had regular meetings in various parishes. Because the number of people attending these meetings was growing, it was decided that a meeting of all these groups be held at a central place. The duty of organizing this meeting was given to the Mar Thoma Evangelistic Association. 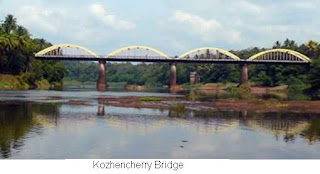 First convention
The first convention was held for 10 days from March 8 to 17, 1895. The venue was the vast sand bed of the Pampa River near the Aranmula Temple. The parishes in and around Maramon, Kozhencherry, helped in making a very large Panthal (tent) to accommodate about 10,000 people. The main speakers were David and Wordsworth from Palayamkottai. On an average, 10,000 to 15,000 people attended these meetings. On the last day, almost 25,000 attended. 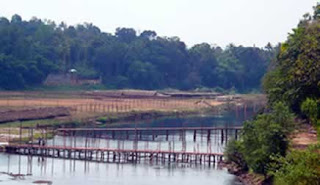 There were no proper roads during those days. So nearby houses accommodated people from far away places. Some of them came in boats and used them as their shelter. Also, many have come walking. They came with lunch to attend all the possible meetings and were eager to hear the voice of prophets. There were no electric lights and mike. Amidst the crowd, there were self-volunteers who used to repeat the words of the speaker so as to ensure that the speech reaches everyone gathered there. They read the bible using “Ranthal” (A traditional light powered by kerosene).
Leaders
In addition to the Metropolitan and Episcopas of the church, distinguished world renowned speakers addressed this convention. Rev.Thomas Walker, Sadhu Sunder Singh, Dr. G.Sherwood Eddy, Dr. E. Stanley Jones, Dr.Toyohiko Kagawa, John R. Mott, Dr. Bob Pierce, Astronaut Coln.James Irwin, Dr.John Haggai, Bishop Donald Jacobs, Arch Bishops of Canterbury, Dr. Samuel Kobia, Rev.Dr.A.B.Masalamani, Rev.Dr. Sam Kamalesen, and a host of others.
Today’s convention 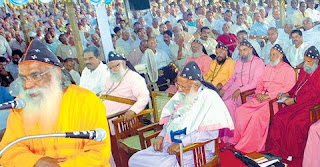 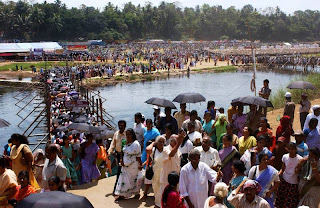 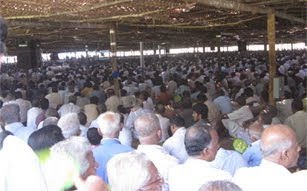 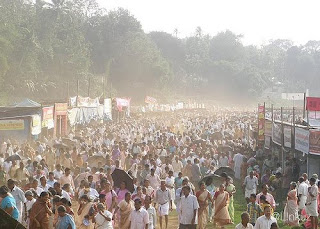 At present, Maramon Convention is held for eight days during the first week of the Great Lent that usually falls in February. The tent has a seating capacity in excess of 200,000 people. People are seated on the dry sand bed. Old and weak are given chairs to sit on. There is also a smaller tent erected next to the larger one for people with infants and with children below 5. All around the tent, there are temporary sheds and tents for prayer, counseling, and various other purposes related to the Convention. Stalls for the sale of religious literature, church offices, and restaurants are allowed to operate in the vicinity of the tent under the strict control of the Church authorities. Police contingent is not required in the convention premises to maintain law and order. History of the financial matters is an interesting one. The nearby church members voluntarily offer coconut leaves for the Panthal. The offertory collection is distributed to various organizations of the church and also to the Bible society and CSSM.
Social aspects
The MTEA attaches greater importance to a crusade against social evils, alcoholism, and drug addition. Besides, there are special sessions to focus attention on the ecumenical concerns, women's issues, and children's programme. Destitute homes, Ashrams, mission centers, hospitals, leprosy clinics, schools, and colleges have been started in and outside Kerala. Schemes for homes for the homeless, land for the landless, marriage aid schemes etc. have been started through the inspiration and challenges at the convention. The convention now emphasizes on the protection of the environment. Last year, the participants of Maramon convention took active part in Kerala Government’s tree planting project. As part of it, the distribution of about 1 lakh saplings was also done. Moreover, as a further step, this year people are asked to keep the river Pampa and the surroundings clean by banning the use of plastics.
The below-mentioned service institutions of the Church owe their origin to Maramon convention:
1905 – Mar Thoma Sunday school Samajam.
1919 – Mar Thoma Suvishesha Sevika Sangham
1919 – Mar Thoma Voluntary Evangelistic Association
Maramon Convention 2011
This year, the convention would be inaugurated by Most.Rt.Rev.Joseph Mar Thoma Metropolitan at 2.30 pm on Feb 13. Arch bishop Roger Herft of Australia, N Barney Pityana of South Africa, Rev Canon Peter Maiden of England, Rev Ulf G Ekman of Sweden, and R Rajkumar of Delhi would be the guest speakers at the convention. The theme of this year is “Where are you and Where is your Brother”.

Besides the general sessions, Bible study class will be held from 7.30 am to 8.30 am from February 14 to 19. The meetings for the youths "Yuvavedhi-2011" organized by the Mar Thoma Yuvajana Sakhyam is scheduled to be held from 17th to 19th (Thursday to Saturday), and the theme for youths is "Spirituality in the challenges of the Youth”.
Conclusion
All those who come to the convention area will feel the spiritual liveliness that inculcates a self-discipline. The unbroken prayer is the force behind the spiritual inspiration. The Maramon Convention displays co-operation and union between different sections of Church in Kerala. It fosters an ecumenical outlook. It is also a source of spiritual inspiration and enlightenment for thousands.

Note: As pointed out by Sherin, offertory is now collected only during four meetings. Sorry to have conveyed the wrong information.