Message by Rev Joby and Farewell to Biju Philip

In today's session we had Rev. Joby Thomas Achen and he talked to us about the realities of life and the need to really depend on HIS grace. He asked the youth members to be thankful for God's gift and reminded the youth that God blesses us wonderfully and graciously. However we should also remember that God can also take it back at any time and hence to rely on HIM even more. Remember our pasts and pray for HIS strength and use our talents and abilities for God's glory.

Today we also bid Biju farewell and best wishes for his relocation to Cochin. He is leaving Chennai on Sunday. All the best Biju and the Yuvajana Sakhyam wishes him all the best and thanked him for his efforts here.
Here are some photos of the farewell. 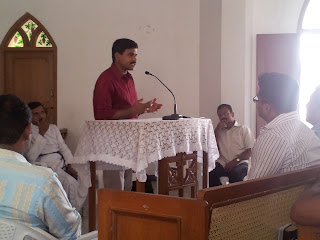 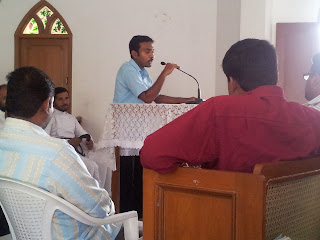 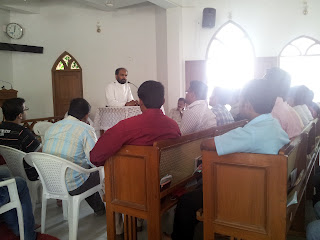 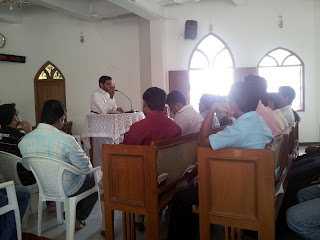 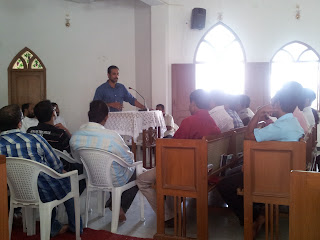 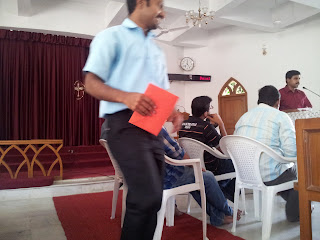 For those who missed Biju's performance can get a recap in this photo and additionally in this  slideshow of our Onam celebrations.
Posted by G i b u at 11:16 PM No comments:

The 6th Annual General Body meeting of St. Paul's Mar Thoma Yuvajana Sakhyam was held on 17th June, 2012 at St.Paul's Mar Thoma Church, Adyar.
The meeting was presided over by Rev. Gigy Thomas.
The meeting started with  Prayer by Mr. Thomas John.
The president Rev. Gigy Thomas Achen gave the presidential address and called on the members to work for God's glory.
A special song was sung by Ms. Nia Sam.
The devotional talk was shared by Mr. Mathew K. M. and he called on all members and office bearers to work as a team as TEAM - Together Everyone Achieves More. He meditated on Psalm 1:3.
The annual report was presented by the secretary Mr. Biju Phillip and passed by the General Body.
The audited report for financial year 2011 - 2012 was presented by the treasurer Ms. Dayana Joseph and passed by the General Body.
The meeting also elected a new secretary Mr. Sumod Cherian and committee member Ms. Nia Sam as replacement for the secretary Mr. Biju Phillip and committee member Mr. Alex George who have been forced to relocate due to work reasons.
The meeting concluded with prayer by the Vice President, Mr. Sujith M. Phillip.
Posted by Yuvajana Sakhyam at 10:56 PM No comments:

Dear Friends,
The Annual General Body meeting of St.Paul's Mar Thoma Yuvajana Sakhyam for the year 2011-12 will be held this Sunday (17th June, 2012) immediately after the church service.

Request you all to attend the meeting.

The General Body of St Paul's Marthoma Yuvajana Sakhyam met on March 4, 2012 at the Church, to elect the office bearers for the year 2012-2013. The meeting was presided by Rev. Gigy Thomas Achen.

The meeting began with prayer. This was followed by the election of office bearers for all posts.